posted in Charts & Graphs, infographics, Information Security on 2012-10-22 by metricshulk

HP & the Ponemon Institute have released their third annual “Cost of Cybercrime” report and the web wizards at HP have given us an infographic from it:

(You can see the full size one at the above link)

While some designers may think that infographic visualizations are not subject to the same scrutiny as “real” charts & graphs, I vehemently disagree. In this particular infographic, my eyes were immediately drawn to the donut chart since it’s usually a poor choice to begin with and many designers make the same error as this one did.

“What’s wrong with it?“, you ask? Well, the donut chart is designed to be a modified pie chart which itself is supposed to display components of a whole (i.e. the circle represents 100% and the slices are the fractional components of said 100%). Donut charts are really hard to read since your eye misses the area & angular cues that help to make the distinction between slices.

Since the whole purpose of the “attacks” chart is to give you an idea of how bad/worse 2010/11/12 are from each other, it would be better served with a bar chart:

You can immediately see the distinction & increase over time much easier than in the donut. And, if you’re still not believing that a pie would give you a better visual indicator (yet still be a bad choice since we’re not really comparing parts of a whole) you be the judge:

But, what I may be most upset about is the fact that they released the chart at the end of October, included a spider in the upper-left but didn’t include a radar plot anywhere in the infographic! #spidersarescary :-)

All infographic criticism aside, I do thank HP & Ponemon for providing the results of their research free of charge for the benefit of the entire infosec community. I look forward to digesting the whole report. 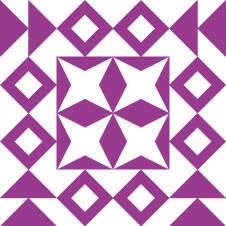